You are here: Home / magick sandwich 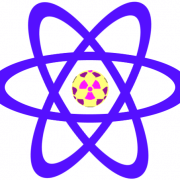 June 31, 2012: On Friday, I had a radioactive seed implanted to mark the exact site of my cancerous breast tumor. The isotope is Iodine 125 with a strength of .13 millicuries.  Though Marie Curie was a pioneer in radiation research, she died as a result of long-term exposure.  It’s silly, I know, but the use of her name in dosage measurements doesn’t give me a warm fuzzy feeling. She died in 1934 and even her cookbooks are still kept in lead-lined boxes and can’t be handled without protective clothing. It’s a shame, too, because I’ve been looking for a good banana bread recipe.

Before it was injected, it was checked with a Geiger counter. The meter looked the same as ones in old Civil Defense films during the duck-and-cover, build-a-bomb-shelter-in-your-backyard era. As if the contrast to the high-tech equipment in the room weren’t enough, the clicking noise sounded like the reading of radioactive coconuts on a show about Bikini Atoll I watched recently.

So I’m radioactive. Which reminds me of this song from the 80s:

The post-implantation instructions are interesting. I have to minimize contact with young children or pets where the seed is implanted. If the seed becomes dislodged, I need to use a piece of tape or tweezers to pick it up, store it in a remote location such as a cabinet or closet as far away from carbon-based life forms as possible, and call the Radiation Safety Office immediately. So, inside boob: good. Outside boob: call the hazmat team. Iodine 125 has a half-life of 59 days but it will be taken out tomorrow morning during surgery. Today, I had a contrast dye injected. This will help my surgeon locate the lymph nodes she wants to take out. The dye contains technetium 99. This stuff is a gamma-ray emitter. Woot! Bruce Banner time!

More technetium, with a blue dye added, will be injected during surgery. So I’ll have Smurf pee for a day or two. I know I sound like I’m freaking out but really, truly, I know that without all these things, the tests and dyes and machines and doctors who use them, my prognosis might not be so good. All these things have saved many people and undoubtedly will save many more. That said, I want to leave you with one factino I learned about technetium 99. It’s reported to be dose equivalent to 500 chest X-rays. And that reminded me of this quote from Repo Man.

“Radiation. Yes, indeed. You hear the most outrageous lies about it. Half-baked goggle-boxed do-gooders telling everyone it’s bad for you. Pernicious nonsense! Everybody could stand a hundred X-rays a year. They ought to have them, too.”

That’s just how my brain works, people. See you on the other side!

Update – January 26, 2018: I’m still here. Five years have passed since my lumpectomy, chemotherapy and radiation treatments, with no cancer recurrence. So far, so good!