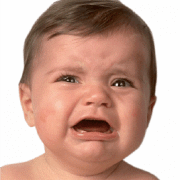 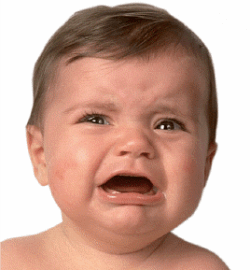 First up is Bronx Mowgli Wentz, son of soon-to-be split Fall Out Boy Pete Wentz and Ashlee Simpson-Wentz. (How do I know they’ll divorce? I’m psychic.)

As Us Weekly reported at the time,

Don’t look for any deep reason the Texas-born Simpson-Wentz and her Illinois-bred husband opted to give son Bronx the same name as an NYC borough. “I think they just thought it was a strong name,” a source tells Us. “I doubt they’ve been to the Bronx.”

Their choice of Mowgli for the baby’s middle name? It shows “they’re huge Disney fans.”

So here’s the formula:

#1. Pick a borough of New York City. No cheating from the bridge and tunnel crowd—you know who you are.

#2. Pick your favorite children’s story character. To make it a little more interesting, it can also be a character from an animated film, a Broadway play, or the name of a company that feasts on parents’ wallets by marketing action figures and toy tie-ins. (But please, no Ewoks or Happy Meals. You need to give your child a fighting chance to live to adulthood.)

Here are a few of mine:

I actually like those. It almost makes me want to have children. Almost.

Speaking of which, there are already many tots in the world struggling under stupid monikers. Since we have a lot of catching up to do and many of these incredibly stupid baby names conform to no formula, I will have to list them and let them inspire you to come up with your own freestyle concoctions.

In the “I’m with the band” category:

Mars joins brother Seven and sister Puma in Erykah Badu’s clan. Mars is kind of cool, but the baby is a girl. Since her daddy is Jay Electronica, is she Mars Electronica or Mars Badu or Mars Badu-Electronica? That must make for an interesting birth certificate.

Now for celebrities trying to prove they’re imaginative by saddling their children with silly names:

Java Kumala, daughter of Josh Holloway of Lost. It’s kind of cute. I can’t wait for Starbucks to name a coffee in her honor.

Huckleberry, son of Bear Grylls of Man vs.Wild. With a dad named Bear, what did you expect? At least they used a boy’s name. Maybe Bear is a fan of Mark Twain. I’m glad he didn’t pick something from Dr. Seuss. Grinch Grylls would have been a little much.

Banjo Patrick, 5, might be a little jealous of his new little sister. His parents, Rachel Griffiths and Andrew Taylor, named her Clementine Grace. Lucky girl!

Nakoa-Wolf Manakauapo Namakaeha, daughter of Lilakoi Moon, a.k.a Lisa Bonet. Perhaps Mommy is using an incantation in which the more letters she uses, the better her chances of conjuring up a career.

I’ve saved the best for last. As we all know, Matthew McConaughey is a celebrity, seemingly blessed with more looks than brains. One thing is certain: he’s lucky his mother wasn’t on peyote when she named him as she might well have been when she named his brother Rooster. Now Rooster has continued the family tradition by naming his son Miller Lyte. You just can’t make this stuff up.

His parents complain that the local Shop Rite refused to make a birthday cake with “Adolf Hitler” on it. According to a local news article:

The grocer offered to make a cake with enough room for the Campbells to write their own inscription. But the Campbells refused, saying they would have a cake made at the Wal-Mart in Lower Nazareth Township. The Campbells say Wal-Mart made cakes for Adolf’s first two birthdays.

Wal-Mart may have saved the little tyke’s birthday but methinks I spy trouble ahead. Of course, they could always home school the kids. Yeah, that would solve the problem.