You are here: Home / Breast cancer / Tales from the Waiting Room – Laughing at Cancer 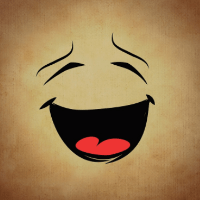 First one mammogram, then another mammogram plus ultrasound, then biopsies. That’s how I spent the last two weeks of May. I got to know the radiology office better than I’d ever wanted to. On June 1st, I received my diagnosis of breast cancer. I needed an MRI to look for more tumors but couldn’t schedule it until my insurance company authorized it.

Once United Healthcare was sufficiently convinced that a malignancy justified further diagnostic testing, I had the MRI done on June 6th. Then I got a call that I needed a second MRI. The first had “lit up” as if there were multiple growths on both sides but they were pretty confident this was due to hormones, and the images would be “quieter” the following week. I hoped so since my mother had a bilateral mastectomy five years ago for multiple tumors.

On June 12th, I found myself once again in the same waiting room. As before it was nearly full of people, mostly women, in some stage of fear, worry or, worst of all, resignation. Some were drinking contrast dye from a cooler marked DO NOT DRINK. From their involuntary cries of disgust, I gleaned it might be the same barium I drank for a G.I. test 18 years ago. It tasted like moldy drywall. This begs the question: with all the advancements in technology, including the digitally assisted mammography that caught my cancer early, why can’t someone make a contrast solution that tastes better?

While I waited to have the test that would tell me if I had a little cancer or a lot, a news program playing on the wall-mounted TV caught my eye. Someone had shot a guy who was writing a book called Kindness in America. Was this a joke? The report continued: he was hitchhiking across the U.S. gathering stories for his memoir about the kindness of Americans when a drunk man in Montana rolled down the window of his truck and shot him. For no reason.

I cracked up. In my defense, the story also stated that the guy had only been hit in the arm and was okay.  I reasoned that getting shot would help him get a book deal. He’d need to find a way to turn it into a positive experience. He had certainly cheered me up in a rather grim setting.

Update: It turns out that the guy shot himself to get publicity. Perhaps he was affording emergency room staff the opportunity to display kindness by treating him?

Back on planet Waiting Room, I hear my name called. The nurse recognizes me and helps me with the sticky safe lock in the changing room; the phlebotomist remembers which vein she stuck the needle in for the contrast-dye IV catheter (no taste, yay!); and the doctor remembers the classic rock radio station (104.3) I favor from last time.

I ask him if people freak out about MRIs because of the TV show House. He sighs. “All the time,” he says. He’d seen an episode once where green sparks were flying out and had to stop watching because it was so inaccurate. He says it’s too bad because he hears it’s a good show. I tell him the show’s over and people were always having seizures during MRIs, and someone vomited blood in almost every episode, so maybe he hasn’t missed much. He puts the headphones on me, and as the bed rolls me inside, the radio plays Pink Floyd’s Welcome to the Machine. Perfect.

More Great Gifts for Everyone on Your List!
Scroll to top