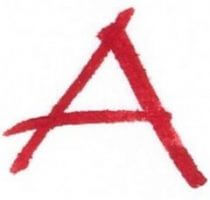 This post originally appeared on our sister site, Worldwide Weird Holidays. It seems like a good fit for Magick Sandwich readers, too. We hope you’ll enjoy it! (Feel free to share your own awkward moments in the Comments Section!)

adjective US /ˈɔk·wərd/ 1. difficult to use, do, or deal with: The computer came in a big box that was awkward to carry. 2. causing inconvenience, anxiety, or embarrassment: It was an awkward situation, because the restaurant was too expensive for us but we didn’t want to just get up and walk out. 3. Someone who feels awkward feels embarrassed or nervous: We were the first to arrive at the party and felt a little awkward. 4. lacking grace or skill when moving: He’s too awkward – he’ll never be a good dancer. (Definition from Cambridge Academic Content Dictionary)

Warning: If you decide to listen to this audio clip at the office, be warned that it is automatically followed by the pronunciation of the word “pedophile.” That will not be easy to explain to Human Resources.

In honor of Awkward Moments Day, we’d like to offer a few examples of instances when you would gladly teleport onto the face of the sun to get away from the situation in which you find yourself.

You meet your boyfriend’s parents and, in the middle of dinner, realize you have a need to defecate that will not be denied. You excuse yourself to use their bathroom. When you finish, the toilet won’t flush. Panic-stricken, you flush again. The toilet overflows.

You keep telling your parents about a favorite show you’re sure they’ll love. When they visit, you queue it up on Netflix. Unfortunately, you forgot about the nudity and “sexposition”–when boring plot points are discussed while two or more people enjoy each other’s earthly wares. You might call it Game of Thrones Syndrome when you’re ready to laugh about it a decade from now. But most likely, never.

You’re on your way out when a neighbor gets on the elevator with you. You say hi and then stare at the door as if it’s so interesting it should be hanging in an art gallery. You purposely lag behind when getting off on the first floor, but she holds the front door open so you have to break into a half-jog to catch up. You say “thanks,” she says, “you’re welcome,” and turns away. You realize you’re going in the same direction.

After everyone else leaves and the boss is gone, you blast rap music through the office’s stereo system. The doorbell rings and you buzz the person in, figuring it’s a late delivery. But it’s a prospective client who’s stopped by to pick up information just as a song kicks in with, “Hey, m*f*, hey, m*f*, yo!” You scramble to turn it off, then pretend nothing happened, desperate that he do the same. After a minute that feels like an hour, he turns around and leaves.

Your debit card is rejected after the cashier has rung up a huge load of groceries. You start to sweat as you ask her to try again, stammering about how it must be a mistake, that you checked your balance just hours before. You try to ignore her facial expression as she puts your bags aside so you can run to the store’s ATM. Once there, you realize it’s not a mistake, and you can either go back, remove items and split payment between cash and the card…or run away and never shop there again.

You’re wheeling a cart stuffed with dirty clothes to the laundromat. As you cross the street, you see a cute guy walking toward you. You think he might be looking at you; you’re not interested but, still, it’s nice to be noticed. The cart abruptly halts as the wheels catch on the edge of the curb, and you walk into it, bashing your shins and falling over it as it tips over, spilling your underwear out onto the ground as the guy passes by. He never breaks stride.

Have a happy Awkward Moments Day!