You are here: Home / stupid advice 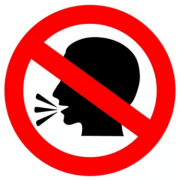 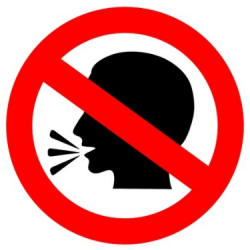 Five years ago, on June 1, 2012, I found out that, like one in eight women in America, I had breast cancer. Within a two-week period, one of our cats died, my husband lost his job, his aunt passed away and, while he was in Illinois attending her funeral, I got the news by phone.

It was caught early by an eagle-eyed radiologist who saw a small spot on my digital mammogram. Insurance companies often won’t cover this more sensitive test because it costs more. In January of 2016, the U.S. Preventive Services Task Force raised the recommended age at which women should begin mammography screening from 40 to 50. (The medical community had opposed the change since it was first proposed in 2009.) Had I waited that long, I might be dead now.

I had a lumpectomy on July 3rd, followed by chemotherapy and radiation, which finished up at the end of January 2013. Five years later, I’m still cancer-free.

I bonded with several women going through the same thing. We’d pass our time in the waiting room joking about how none of us had lost weight from chemo despite what movies show, and how easy it is to forget where your eyebrows were after they fall out: Sometimes you draw them on and look angry or surprised, or angry on one side and surprised on the other.

We also talked about the comments well-meaning people said to us when they found out we had cancer. I related my friend’s story of how strangers touched her belly when she was pregnant, then got offended when she told them to stop. With cancer, too, people feel entitled to weigh in, assuming a level of familiarity that may not exist.

Here is my list, gleaned from my experience, of six things you should never tell a cancer patient:

1. Everything happens for a reason. Yes, the reason is cancer. Is it because I paid the gas bill late or didn’t send a Christmas card? Think this through, please. Even if there is some cosmic plan, is that supposed to cheer me up? (“Your death will provide a valuable life lesson for your family.”)

2. [She] is fighting a battle with cancer. My chest is not a war zone. I prefer to say I’m having a slap fight with cancer. Sounds less ominous and it’s a nice visual, too. I’ve rarely heard anyone say, “She just gave up. What a wuss!”

3. Check out this email from Johns Hopkins about what really causes cancer. This is a hoax that’s been circulating since 2008. Johns Hopkins has repeatedly refuted it, but it still terrifies people. Whoever who wrote this should be flogged.

4. This [alternative therapy] really works. Ever meet someone who cured cancer by drinking his own pee? Probably not. Want to talk to Steve Jobs about the miracle macrobiotic cure he did for months before agreeing to conventional treatment? Oh, that’s right, you can’t: he’s dead.

5. Cheese causes cancer. I blame some Internet sub-genius for starting the Big-Dairy-doesn’t-want-you-to-know-this-is-killing-you panic about casein, what Alex Jones likes to call an excitotoxin. (Funny, that’s what I call him.) Casein is a protein found in mammalian milk, including human milk. So…breastfeeding causes cancer? Milk is murder?

I’m not saying I’m an expert. Having cancer doesn’t make you an expert any more than sitting on an airplane makes you a pilot. I understand that sickness scares people; it’s only human to want to define it and reassure themselves it won’t happen to them. Bullshit artists like Louise Hay have made a lot of money blaming people for their own illnesses. Which brings me to:

6. Negativity causes cancer. If that’s true, the person who says this must be riddled with it.

You know how they say a stranger is just a friend with an unsolicited opinion you haven’t heard yet? (Okay, nobody says that, but I’m trying to start a trend.) Everyone from my cat’s veterinarian to a city’s worth of taxi drivers felt compelled to share their wisdom. I wish I’d had the presence of mind to say, “Oh, this isn’t from chemo. I shaved my head to commemorate that time I killed someone for sticking his nose in my business.”

Sometimes a little negativity can be fun, no? 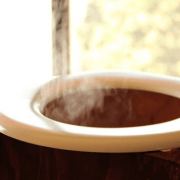