You are here: Home / Product of the Week / Straight from the Sucker Files: SNUS

Looking for a brand new outlet for your nicotine addiction? Camel’s got you covered. It’s got an old nag dressed up like a new pony and it’s called SNUS.

What is this product? It’s a fine moist tobacco that you place beneath your upper lip. It comes in packets so there’ll be no telltale tobacco leaves stuck between your expensive veneers. There’s no need to spit, so no one will know you’re dipping at your nephew’s bar mitzvah. And no worries about spilling your spit cup on the center console of your Mercedes. It’s like a Christmas miracle!

As Judge Judy said, “Don’t pee on my leg and tell me it’s raining.” I remember something like this: it’s called Skoal. 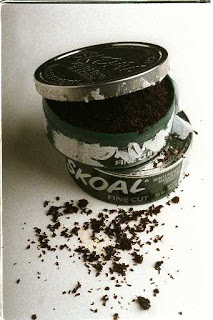 A friend of mine got caught by his dad once, who forced him to swallow it. The projectile vomiting cured him of the habit. I tried it myself a few times. I wanted to be the tough girl who’d pack in a chew, but it tasted like ass and I couldn’t learn to spit without dribbling the juice down my shirt. Mouth cancer wasn’t even a consideration.

Maybe Camel could do a tie-in with that other timeless classic: the forty. 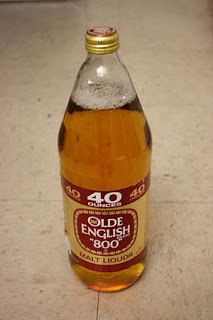 But I don’t think that would play to the demographic they’re going for now. SNUS has been sold in Nordic countries like Greenland for years. Now Camel is test-marketing it in the U.S. I’m not naive; I know they don’t really care who their end-users are. They’re equal opportunity death-dealers. Their mission is simple: to create more addicts to replace the ones they’ve already killed. There’ll be a whole new generation hopelessly devoted to chew.

More suckers:
Straight from the Sucker Files: The Q-Link

An Umbrella for Psychos: Product of the Week