You are here: Home / Douchebaggery / Rush Limbaugh – Douche of the Week 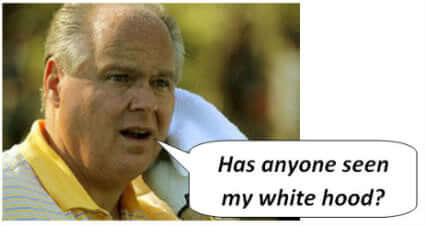