Seriously, are you shitting me? Elton John sang at Rush Limbaugh’s wedding this past weekend? Could this be the seventh sign of the apocalypse?

I wrote about Sir John almost exactly one year ago in my post, Elton John, Funeral Whore, to Sing at Michael Jackson’s Service. Even I thought I was being a little harsh. I should never have doubted myself. Once a beloved musician, John has become little more than a bloated gay mascot. Is his ubiquity at celebrity weddings and funerals a last grasp at relevance? Or just a dash for cash?

Rush Limbaugh, bloated Republican mascot, is a staunch critic of homosexuality. He’s no fan of California’s music industry, judging from this quip: “The difference between Los Angeles and yogurt is that yogurt comes with less fruit.” Of course, that wouldn’t apply to Elton John, who’s from across the pond. But this statement might:  “When a gay person turns his back on you, it is anything but an insult; it’s an invitation.”

Hmm, what would Freud have said about that? Does Rush secretly long to be a rump rustler? It certainly seems like he’s threatened by the temptation of a male tush. I can’t imagine any man (or woman, for that matter) being attracted to Limbaugh, puffed up like a beached whale baking in the sun and emitting the foul stench of decay.

Let’s leave such speculation to the experts for now. Rush, gay hater, paid Elton, gay star, one million dollars to sing at his wedding. Since Elton is worth close to quarter of a billion dollars, I assume he will donate the money to an AIDS charity. He has contributed millions to AIDS-related causes. Unfortunately, that does not keep Sir John from being a big, sloppy media whore. 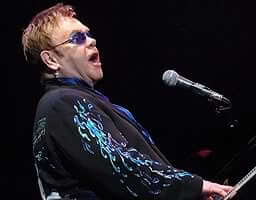 Then again, I would hope he’d cover Rush Limbaugh’s funeral for free. I’m just not sure what he’ll substitute for Candle in the Wind. That seems to be his go-to tune. He’s tweaked it for everyone from Princess Di to Michael Jackson.

It has a certain ring to it, don’t you think? What would you have him sing?
More Limbaugh:
Stop Picking on Rush Limbaugh!
Rush Limbaugh – Douche of the Week 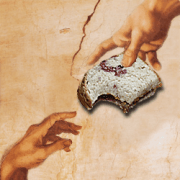 There is so much sadness here. I see it on the faces of parents who must now go back to playing the lottery. Some lobbed their young boys at the passing funeral cortege in a last desperate attempt at pimpdom. I see it also on the faces of the children, who will never know the joy of shaking hands with MJ’s mottled Mr. Happy.

Such a sad day. 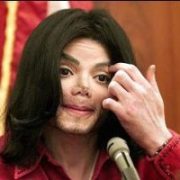 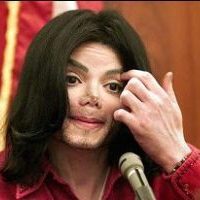 Thursday evening, Elton John paid tribute to Michael Jackson at his annual White Tie and Tiara Ball, dedicating his song “Don’t Let the Sun Go Down on Me” to the dead pop star.

Few people know that Jackson was working on his own version of Elton’s classic, tentatively titled “Please Let Your Son Go Down on Me.”

At the ball, John also dedicated “Candle in the Wind” to Jackson, a song originally written about Marilyn Monroe then retooled for Princess Diana.

Rumor has it that Sir John is working on a web-based funeral ballad generator, which fans could use to plug in a dead pal’s vital statistics and emerge with a ready-made eulogy in song. 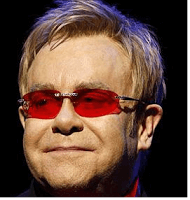 Of course, Elton would receive a royalty for every performance. For an undisclosed fee, Elton will show up at a funeral and throw himself on the coffin. Photos, of course, cost extra.

Elton remains undecided as to which song he will perform at Michael Jackson’s funeral, where he expects a spectacular turnout.

He is reportedly working on finishing Jackson’s version of “Please Let Your Son Go Down on Me” though he is also said to be combing his thesaurus to find a word for pedophile that rhymes with candle.

Say it ain’t so! Philandering one-balled bicyclist Lance Armstrong and free love advocate Kate Hudson have called it quits! I, for one, am shocked and dismayed! Click here for details from Daily News. Just kidding—I know you don’t really care.

This is just one more thing to distract us from the national deficit, Ted Stevens‘ indictment, Robert Novak‘s brain tumor, and the Republican wingnut running for president. (Is it just me, or does he look more like the gopher from Caddyshack every day? I keep expecting him to break into ‘I’m Alright’ while swaying back and forth.)

I do feel sorry for Ryder, Kate’s son. In addition to keeping his hair long to use him as a parental fashion statement, Kate should buy him an “Are you my new daddy?” t-shirt and put a revolving door on her bedroom.

I’m not excusing that slut Armstrong by any means. But this leg-shaving, spandex-wearing hound has lucked into more p***y than anyone in the history of cycling and he’s going to get it while he can. Ball cancer’s the best thing that ever happened to him.

As for Ryder hanging out with Mom in an ass-baring thong, just start the therapy fund now. And don’t blame Oedipus. I doubt Kate Hudson ever read the classics. 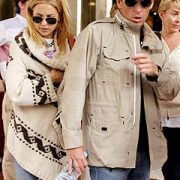 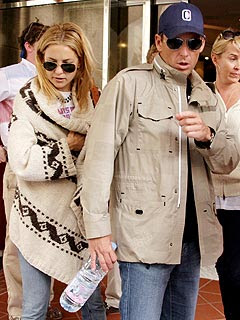 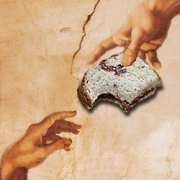